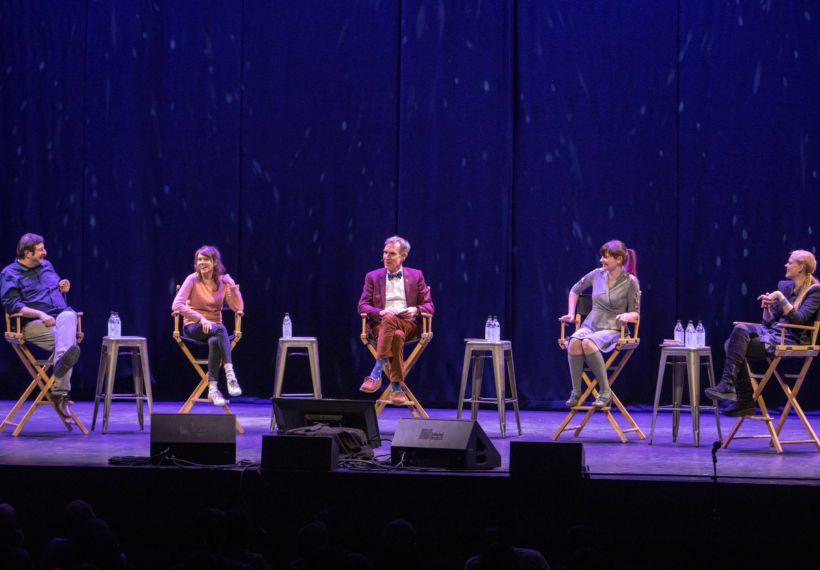 StarTalk Live! returns to take over SF Sketchfest for the fourth year in a row! Recorded earlier this year, StarTalk All-Stars host Bill Nye was joined by comic co-host Eugene Mirman, space activist and citizen scientist Ariel Waldman, SF Sketchfest co-founder Janet Varney, and comedian Claudia O’Doherty to talk about space innovations, “hacking” space exploration, and the future of human space travel. Ariel sits on the council for NASA Innovative Advanced Concepts, which develops radical science-fiction based ideas that could advance the frontier of space travel. You’ll hear about projects like comet propulsion systems, Water Walls, the Super Ball Bot (a rover based on transegrity structures), urban bio-mining, and Orbiting Rainbows which involve space glitter and lasers for the imaging of exoplanets. Find out how Ariel stumbled into her job at NASA without any science background whatsoever. Discover the importance of amateur astronomers, and why researchers have a difficult time naming the most popular reason people want to go to Mars. Learn about Ariel’s mission to hack space exploration, making it easier for citizens scientists everywhere to participate. Explore the possibilities of starshades, Breakthrough StarShot, and the Planetary Society’s launch of LightSail 2. All that, plus, Bill explains how the discovery of life on Mars would change the word as we know it. And this is only Part One!