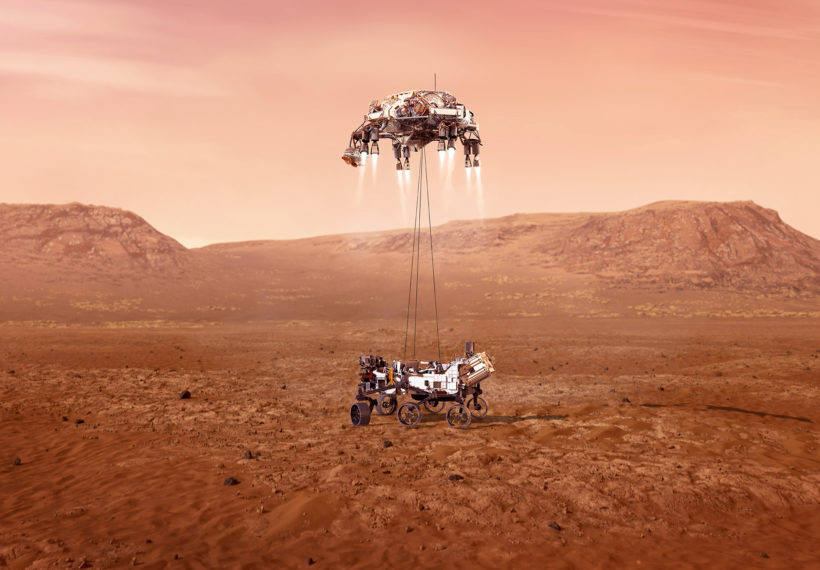 This week the Mars Perseverance rover will attempt to land on the Martian surface. On this episode of StarTalk Radio, Neil deGrasse Tyson and comic co-host Chuck Nice explore NASA’s latest rover and its red planet mission with NASA Chief Scientist Jim Green.

Why send another rover to Mars? You’ll learn how previous rover missions inform the next. Jim tells us about the necessary redundancies that are in place when building a rover. Discover why “enabling the future” is an important aspect of the Perseverance mission.

You’ll learn how Perseverance will land on the surface of Mars and how rover landing procedures have evolved over time. Jim gives details on the robotic helicopter, Mars Helicopter Ingenuity, attached to the Perseverance rover. Then, it’s time to dive into some fan-submitted Cosmic Queries. Were there any instruments Jim wanted on the rover that didn’t make it?

Find out how Perseverance’s microphones will make us able to listen to Mars for the first time. Will there be any live footage of Perseverance? What will we see on camera? Jim explains Perseverance’s sampling mission and why we might be able to find signs of past life in the rocks beneath the surface.

Lastly, we explore how NASA picks a landing spot for each rover. And, what happens to all the other rovers on Mars? Is Perseverance one of the first steps toward humans terraforming Mars? All that, plus, we discuss the expanding collection of rovers being launched from all over the globe and what Martian exploration will look like going forward.

NOTE: StarTalk+ Patrons can listen to this entire episode commercial-free.