NASA’s photo from the International Space Stargazing from the ISS during Expedition 44. Image Credit: NASA. 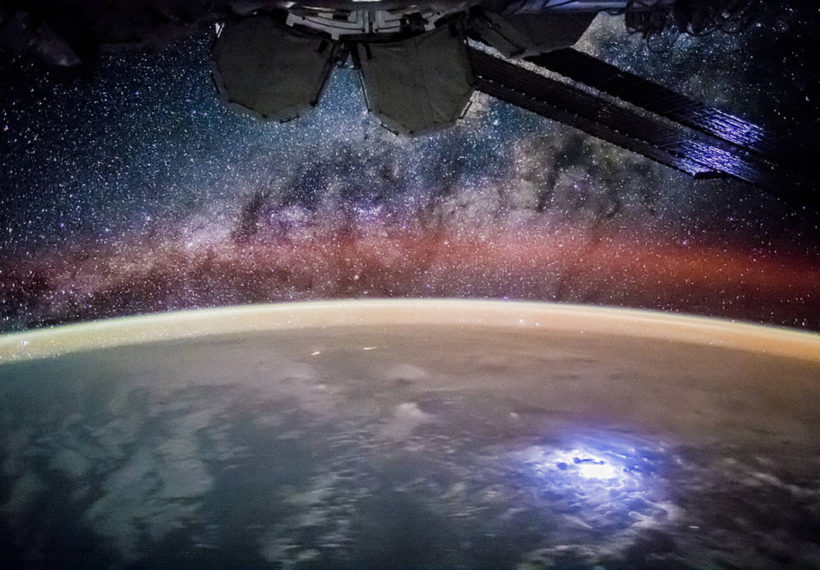 On this episode of StarTalk Radio, Neil deGrasse Tyson, comic co-host Negin Farsad, and Emily Levesque, PhD, astronomer and astrophysics professor at the University of Washington, are answering fan-submitted Cosmic Queries about stargazing.

To start, you’ll learn about Emily’s newly-released book The Last Stargazers: The Enduring Story of Astronomy’s Vanishing Explorers which is “a love letter to astronomy and an affirmation of the crucial role that humans can and must play in the future of scientific discovery.” Emily tells us how she got into stargazing, including an early run-in with Halley’s Comet.

Kicking off our Cosmic Queries, we investigate how satellites can impact stargazing. Emily sheds light on SpaceX’s Starlink, a satellite constellation that will provide global internet. You’ll learn how satellites can interfere with stargazing and how we’re working to minimize disruption. Then, you’ll hear about Emily’s astronomy adventure in the Antarctic stratosphere.

What will stargazing look like in ten years? We debate whether humans will still be involved or if it will be fully automated. We also ponder what the stars will look like – how will constellations change in the far future? Neil and Emily explain to us why the North Star is kind of lame. And, we ask, “What would the world look like if astronomy was never invented?”

Discover more about the controversial Thirty Meter Telescope proposed to be built on Mauna Kea, the most sacred mountain in native Hawaiian culture. We explore the history of Hawaiian astronomy, culture, and the controversial process of getting the telescope built. You’ll learn why stars twinkle in the night sky but planets do not. Emily gives us a history lesson in early astronomy, and we celebrate the work of astronomers Cecilia Payne-Gaposchkin and Vera Rubin. Lastly, Emily tells us why our solar eclipses would make Earth a good tourist spot for aliens.