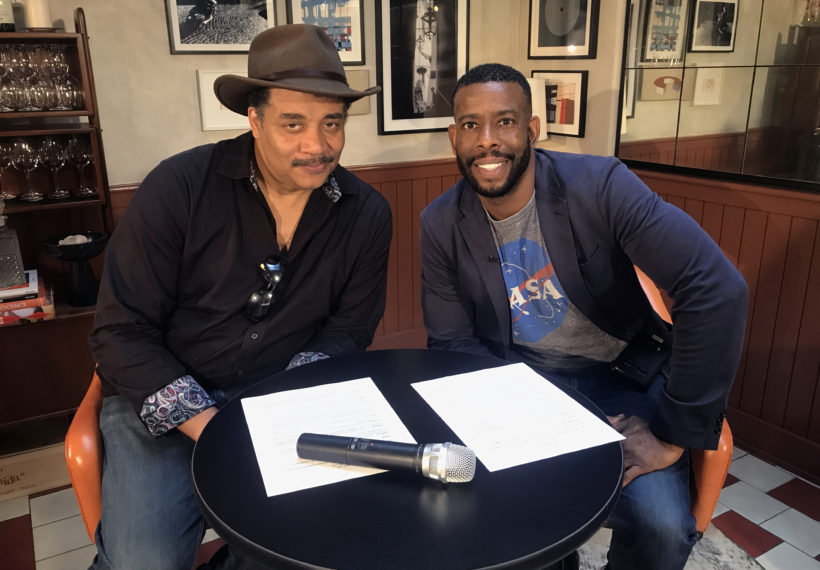 Are you up for another cosmic serving of galactic gumbo? Join Neil deGrasse Tyson and comic co-host Chuck Nice as they answer fan-submitted Cosmic Queries on a variety of topics for our previously recorded Facebook Live event in front of an invitation-only audience at Sessanta restaurant in Soho, NYC. Re-discover Vincent Van Gogh’s masterpiece “The Starry Night” as Neil explains how this was the first piece to capture the “feel” of the universe. Find out Neil’s thoughts on the legalization of marijuana. Explore the “cosmic speed limit” and the difference between general relativity and special relativity. You’ll hear about the “distance ladder” and how astrophysicists accurately measure cosmic distances between celestial objects. You’ll also hear about the multiverse and the possibility of a “meta-verse.” You’ll learn about the search for alien life on other planets and the continuing debate about whether we would recognize life even if we saw it. Neil and Chuck ponder how finding microbial life on Mars would impact humanity: if it’s a whole new idea of life or if it proves the theory of Panspermia. All that, plus, in the Lightning Round, we explore Venus, time travel, extraterrestrials decoding Voyager 1 and 2, and Neil reveals what he thinks is the greatest science prediction of all time.